‘Tunes from the External Hard Drive’ works in conjunction with the release of the debut album of contemporary Australian Irish band, Tolka. Each drawing relates to a specific track on the album and is based on a series of circular graphs involving combinations of time, note, fret numbers and flute fingerings. The shape, line distribution, and occasionally the colour, are determined by different elements found in the music. The lightly drawn graphs, still visible in the finished pieces, are tailored for each individual drawing depending on the range of pitches. Thus, each drawing is specific to the instrument playing in its correlating piece of music. The power of these pieces lies in the juxtaposition of the mathematical and geometric against the   fluid and organic, resulting in an engaging and rhythmic arrangement where the circular form creates a strong sense of motion. 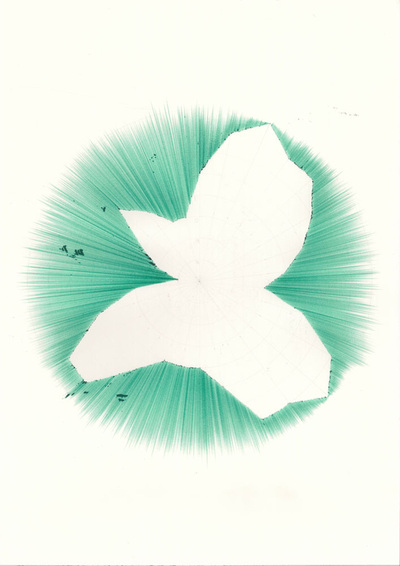 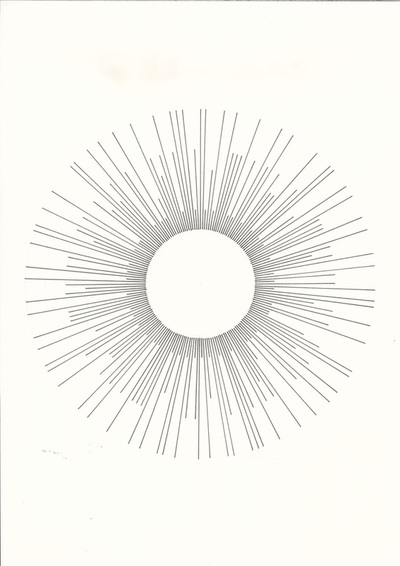 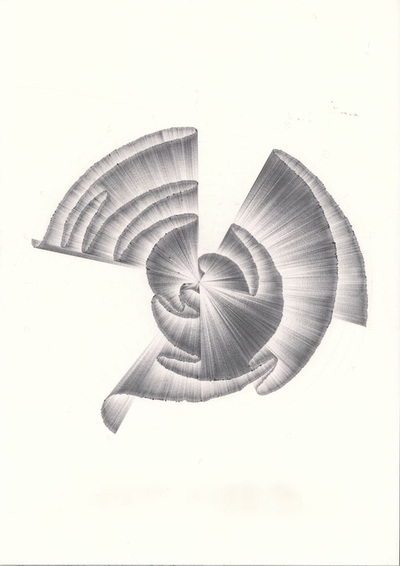 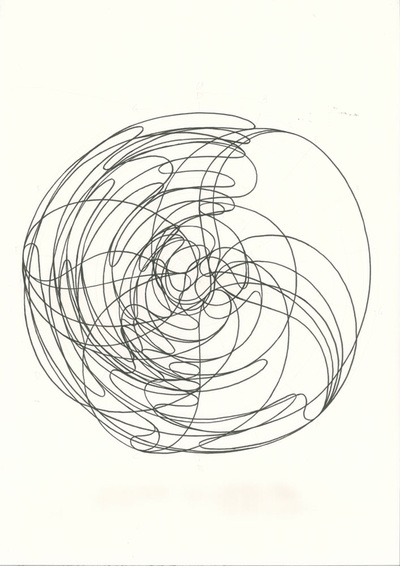 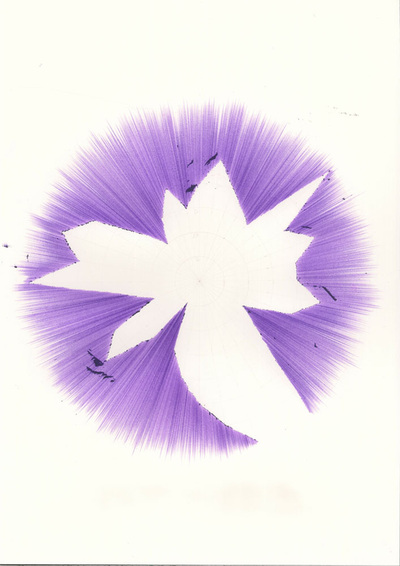 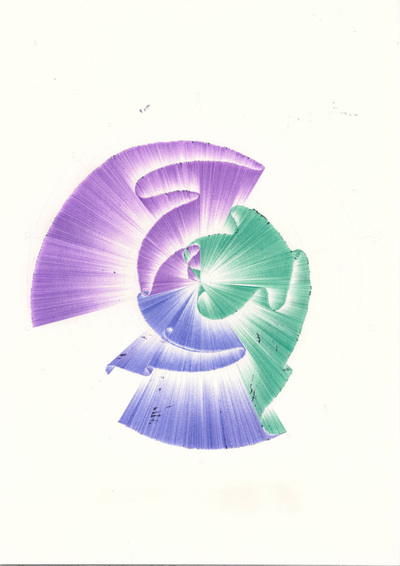 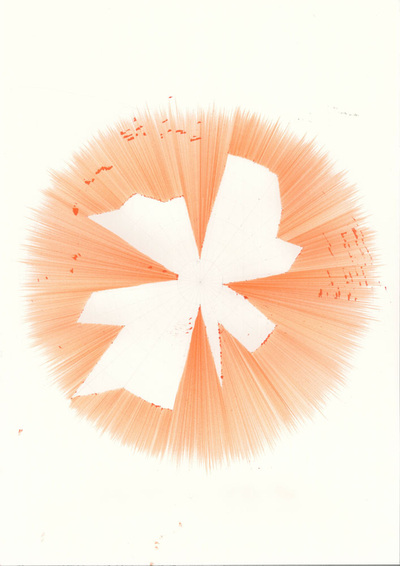 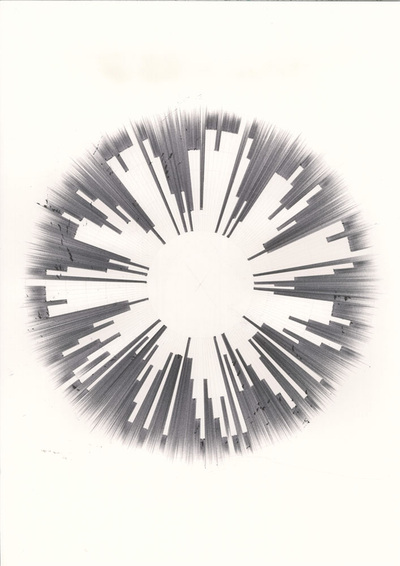 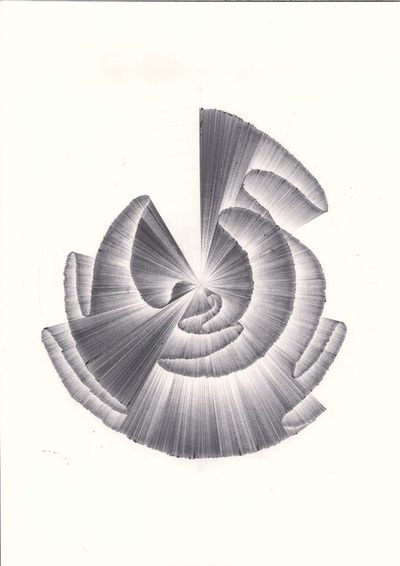 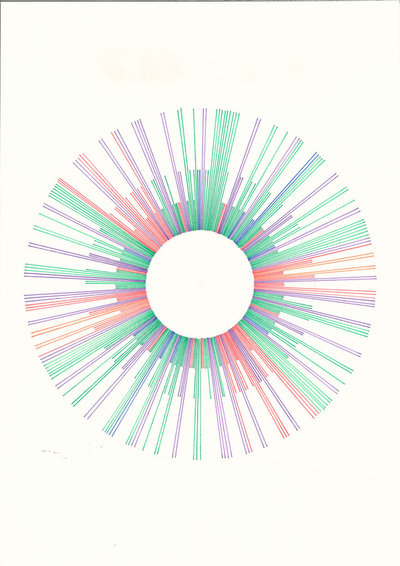 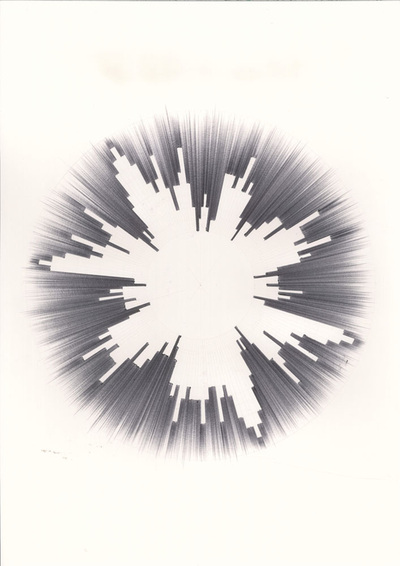